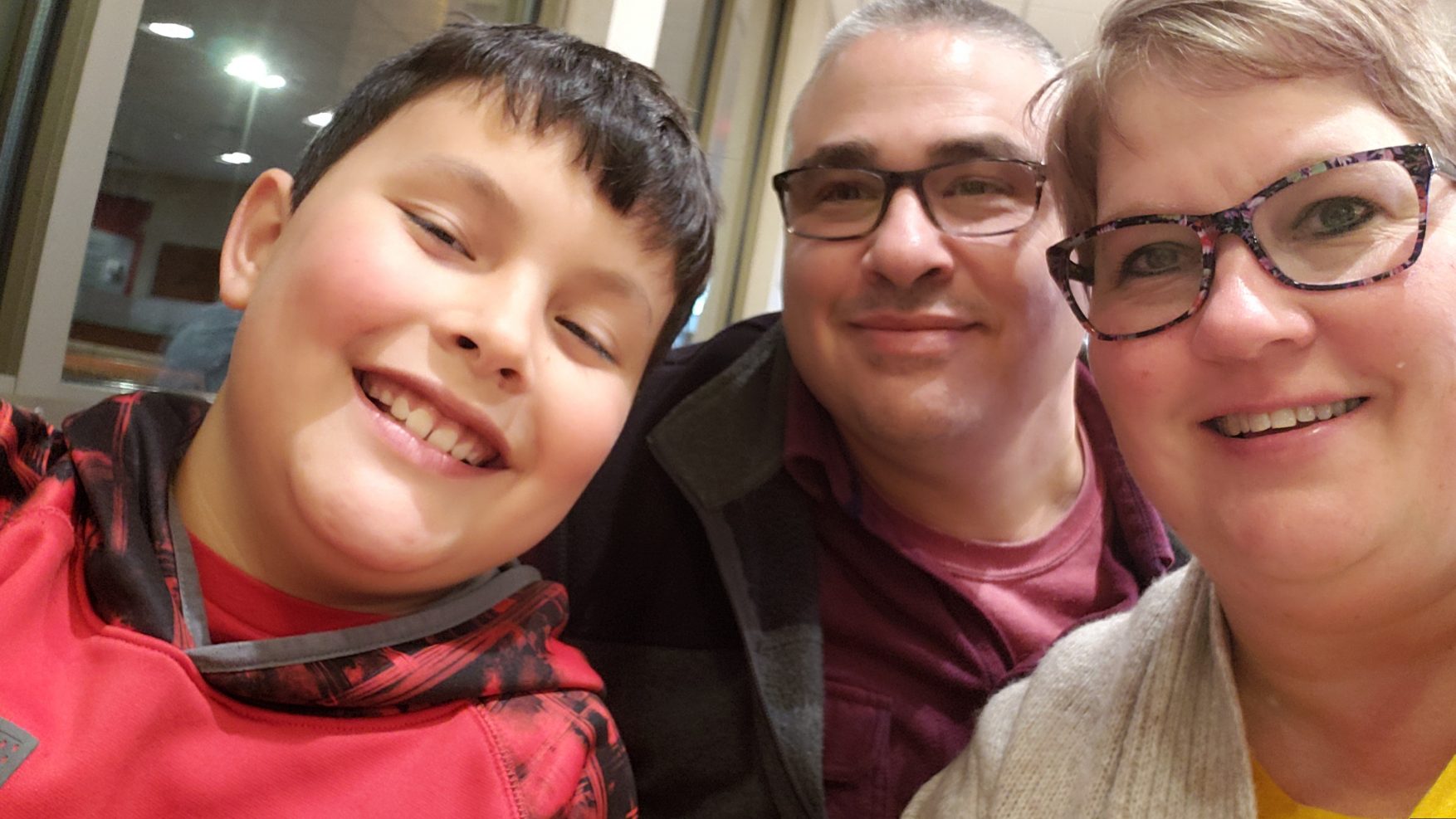 A Big Couple With a Big Heart

Patrick and Karen Montplaisir are a Big Couple who have opened their hearts to a Little in their life.  For the last year and a half, they have been matched with their Little Brother Kaden. The Montplaisirs have met with Kaden nearly every week since being matched and that has been important to Kaden.  Their frequent outings have strengthened their relationship.  “One advantage to being a Big Couple is that if one of us is busy, the other can meet with Kaden.” explained Karen. “But we mostly do activities together, the three of us.”

That consistency has really helped Kaden in his life.  His mother and his grandparents are all experiencing significant health issues.  His consistent outings his Big Couple give him some stability in his world.  When asked if he had any worries in his life, Kaden responded, “My mom is still having seizures, and they don’t know why.  My grandma is in the ICU in Rochester and oh yeah, my grandpa is having issues with his lungs. Other than that, I’m OK!”  Having the support of Patrick and Karen help him to see reliability in his sometimes-unreliable world.

Since being matched, Kaden’s mother Kim has seen a change in Kaden’s demeanor.  She often sees Kaden look to Big Brother Patrick for assurance and approval.  “Having a male role model in his life has helped give Kaden confidence both at home and at school.” Kim added.  She attributes this new confidence and social ability to his friendship with his Bigs.

Kaden in learning to cook and is even trying new foods.  Being willing to try new things is great, but like many 10-year olds, he is a straight shooter when it comes to his likes and dislikes.  When asked if since being matched with Patrick and Karen if he has tried anything new and he laughingly shared, “I tried a tomato and now I am sure I don’t like them!”  Kaden, Patrick and Karen are all growing and learning together, and find that their time together can be the best part of their week.

If you have ever thought about becoming a Big, consider being a Big Couple if that is a better fit for you.   It may just be the answer to a Little’s wishes.  Sometimes it takes two Bigs and one Little to make the perfect match.